Egeskov Castle is the biggest tourist attraction on Fyn – so you don’t want to miss it. Come visit the best-preserved moat castle in Europe. Experience an award-winning park, the beautiful chambers and halls inside of the castle and Europe's first Camping Outdoor Museum.

The living castle, which still houses the Ahlefeldt family, offers experiences for the whole family.

Here you can experience the first Camping Outdoor Museum in Europe and fun exhibits, which among other things include rare airplanes, cars and motor bikes. You can also see the world’s most amazing doll house Titania’s Palace.

Egeskov is open from the end of April to the end of October, but awakes from its winter sleep in November, when the castle welcomes you to the popular Christmas Market. See opening hours and prices here.

The park has been open for visitors for generations. The historic park looks like it did in 1959, where the restoration of the old garden began. Trees and bushes have been there for hundreds of years and the castle gardeners look after them very carefully.

Bring a picnic basket with you to the park. The many different gardens and areas is a sight to be seen – make sure you don’t miss it. Visit the rose garden, the dahlia garden, the scent garden, the fuchsia garden and the white garden. 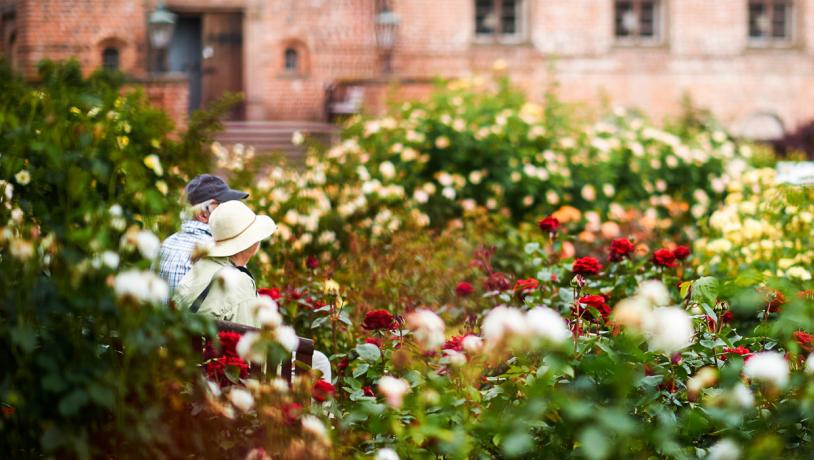 Egeskov and the Danish Camping Union have opened the first Camping Outdoor Museum in Europe. The museum gives you the chance to enjoy a close-up look at everything that makes up Danish camping and outdoor life – and has done for decades. From the early days of camping in small, draughty cotton tents, through retro-idyll in caravans in the 1960s, to ultra-modern glamping and the history of outdoor life for adventurous souls today.

The new museum is sure to call up some holiday memories, provide inspiration for your next hiking or cycling holiday, and present some insights into new trends in outdoor living. 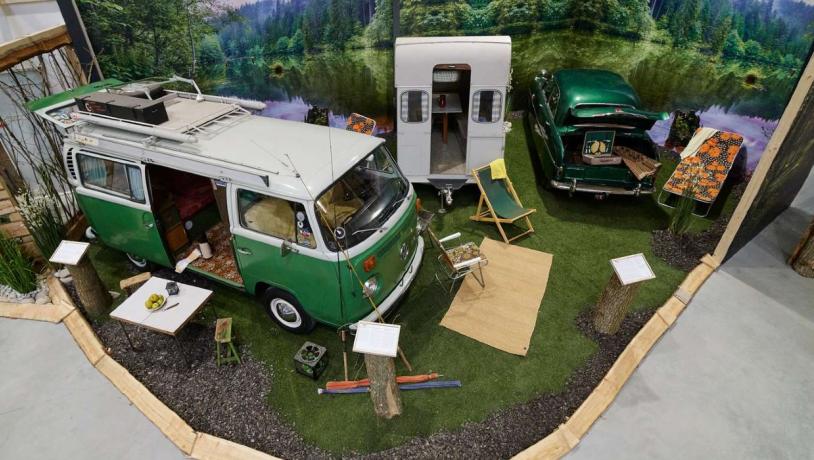 Are you looking for some more active things do to? Then come climb the 100 metre high tree top trail among 130 year old trees. Or challenge your family to find their way through the Piet Hein Maze.

Surrounded by old beech trees you will find a wonderful play ground with equipment from Kompan. You can eat a packed lunch while looking at playing kids. It is also possible to buy food at the café. 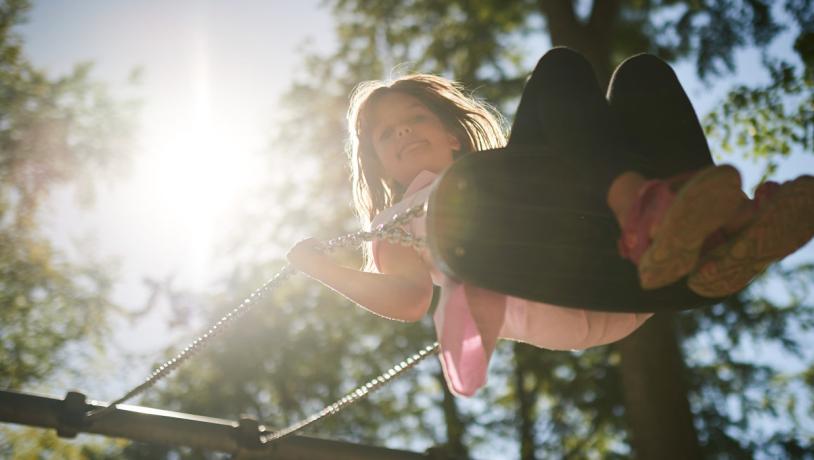 Looking for a visit out of the ordinary? Egeskov hosts a range of different event throughout the year.

Experience Egeskov By Night on Wednesdays during the summer. The castle also welcomes you to experience Halloween during the Danish Autumn Break (week 42).

Spoil yourself to a visit to the Christmas market or the Luminis event in November.

Keep an eye on the calendar for special events. 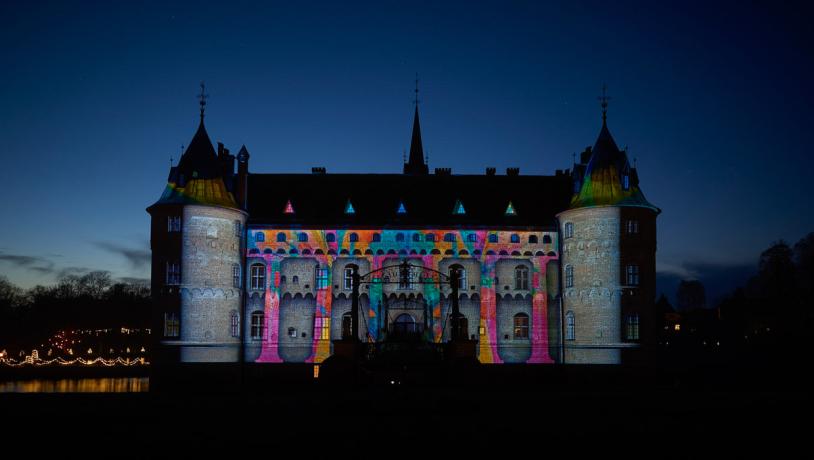 The history of Egeskov – a castle built for defence

Have you ever wondered how the more than 450 year old castle got its name? The castle was built in the middle of a lake and legend has it that the oak tree foundation required an entire forest.

The magnificent building radiates tranquillity and idyll today, but it was originally intended for defence. The complex consists of two longhouses linked by a thick double wall.

If the castle was attacked, the plan was to surrender one building and then continue fighting from the other. The outer wall features a series of embrasures and machicolations, allowing the defenders to attack their aggressors with boiling water or tar.

A number of clans have lived at Egeskov over the years. It was sold to Henrik Bille in 1784 and has remained in the possession of his family ever since.

In 1975 the owners restored the castle banqueting hall, and from 1986 onwards, tourists have been able to visit both this hall and many of the other rooms in the castle. 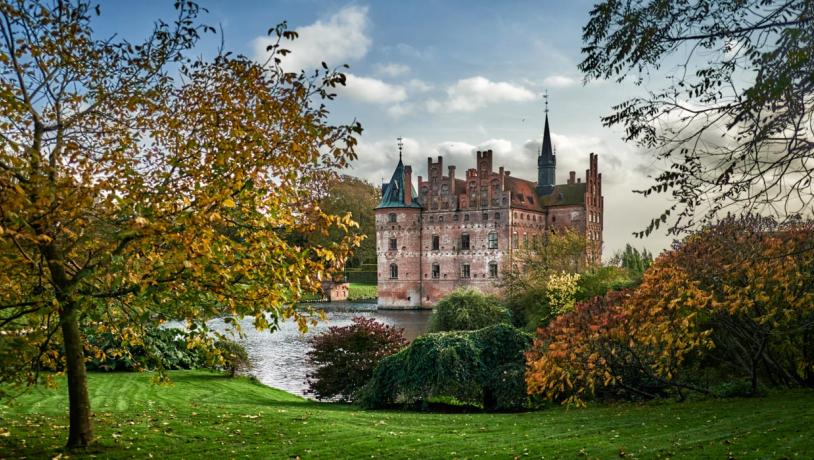 Find more experiences at castles and manors on Fyn