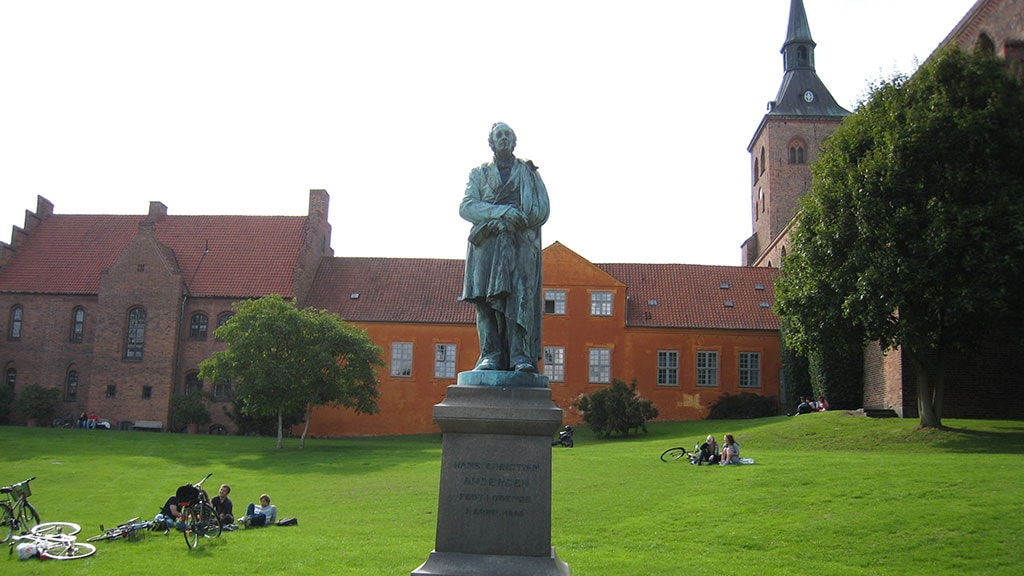 The Hans Christian Andersen Statue in the Fairy Tale Garden

This bronce statue was revealed on June the 19th in 1888 in the Kings Garden. In 1905 it was moved to Graabroedre Plads and in 1949 it was moved to it's current position in the Fairytale Garden.

The artist, Louis Hasselriis, lived almost uninterrupted in Rome from 1869 until his death. From there he entered the competition to create a monument to the fairy tale poet Andersen in Copenhagen. He didn't win the competition, but Hasselriis kept working and fought to have his work exhibited in Odense and in 1888 the people of Odense had saved enough money to buy it. The sculpture never looked exactly as the artist had envisioned it, though.

If you are interested in Hans Christian Andersen we recommend you visit his museum and childhood home as well.