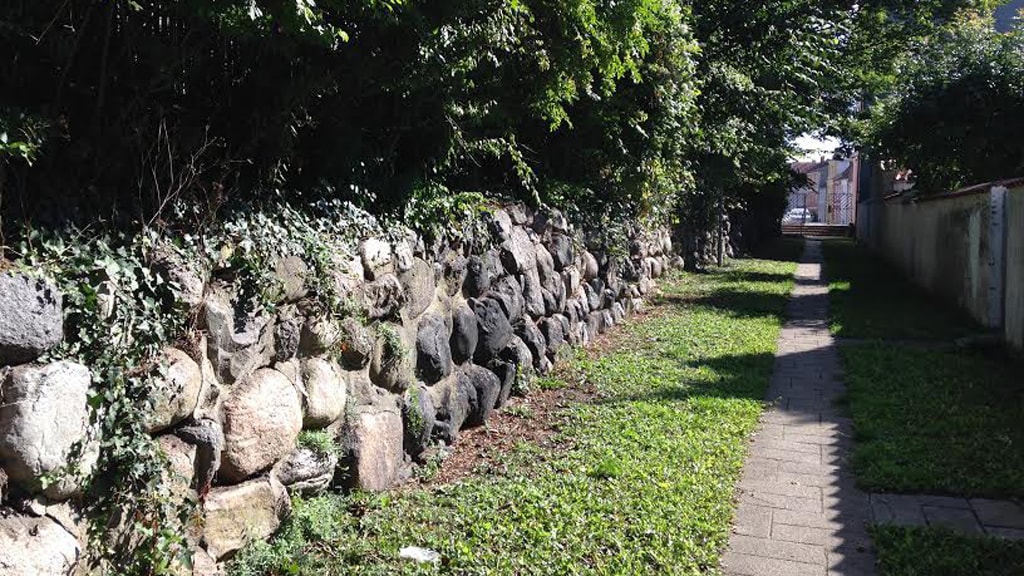 4 The medieval Fortress and "The Town Wall" in Nyborg

4 "The Town Wall" and the Medieval Fortress

In this section of the town there is a 110-metre long wall of large stones. It is in places two metres high and is thought to be part of the town wall that encompassed Nyborg in the Middle Ages. Written sources, however, mention only a “rampart and moat”, and the wall thus perhaps merely refers to a stone structure on the north side of the moat.