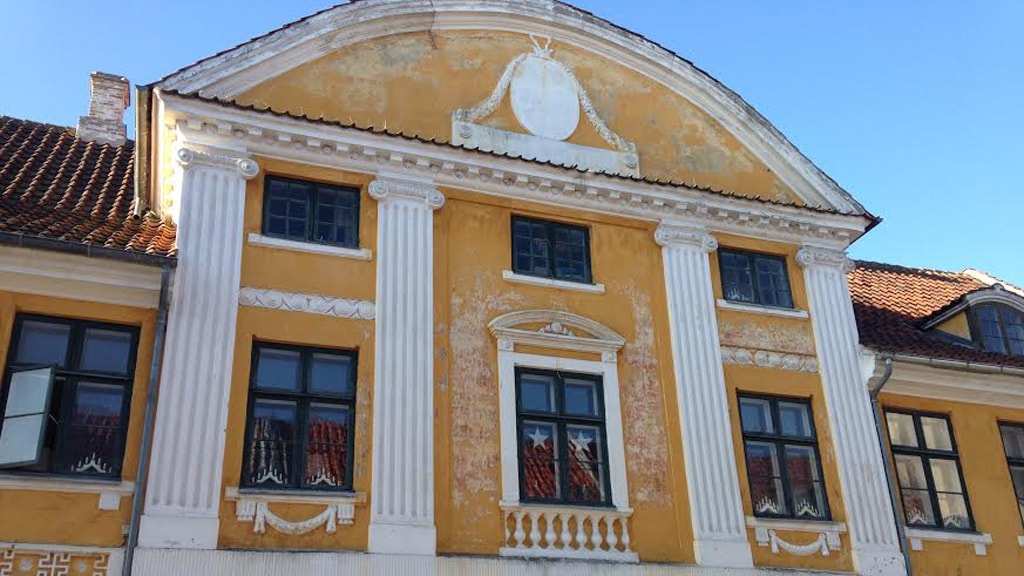 This magnificent house was erected by the local master builder Johan Jakob Encke for his own use. It was probably built soon after the fire of 1797, and its exterior was perhaps finished the year after. It is a fine Classicist building with a heavy fronton above the central section – a detail pointing back to the Baroque period. When the house was finished there were no side buildings, and the street facade was painted reddish yellow, while the decorations were whitewashed.

The first floor contained five rooms in the whole length of the house, connected by four identical doors with fine profiled frames. The halftimbered side buildings date from 1805. Encke sold the property in 1811, but he may well have continued to live there, as he did not die until