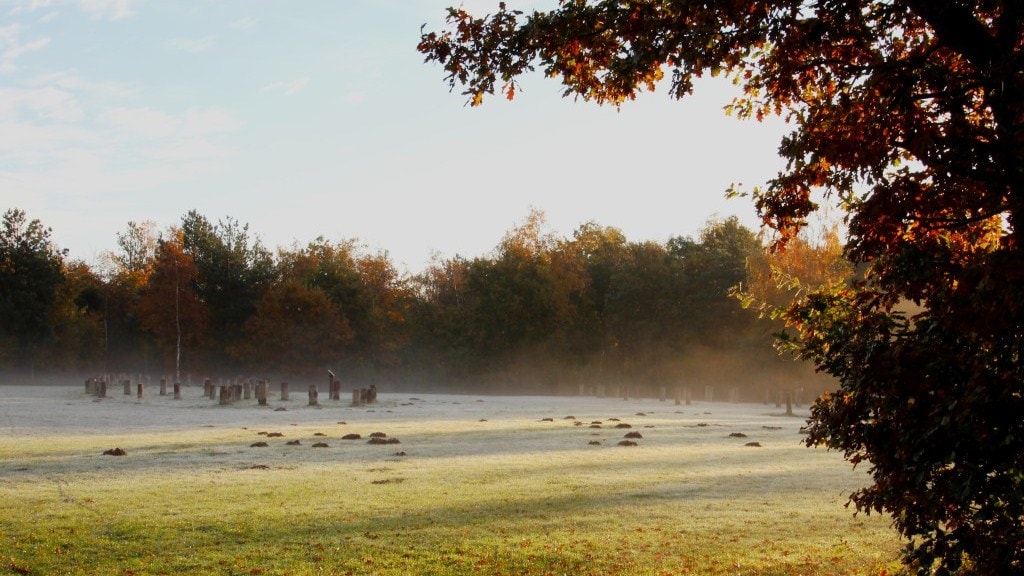 An archaelogical area situated in the Southern part of Langeskov, which have been populated in more than 2000 years. The planting consists of tree sorts as in the Iron Age. Today the diggings have been turned into a grove with cosy glades, which are also very recommendable for walks.

Archaeologists have found remains of houses from different ages in the area, these are certain proofs that the area has been populated for longer periods of time, these finds have been marked with stolps.

One of the houses has been reconstructed and the work has now been finished. Some of the archaeological effects, which have been found, are now on display at the Viking Museum Ladby. The pictures originate from the Bytofte Day, which will be arranged in the late summer.

This is how you will find Bytoften:
Use exit 47 Langeskov from the highway. After the exit turn south away from Langeskov, you quickly reach a round-about with a sculpture in the middle. Turn left down Mariesmindevej, here you find Bytoften (a little to the left by the end of the road in the T-cross).

Opening hours:
The area is open all day
Address