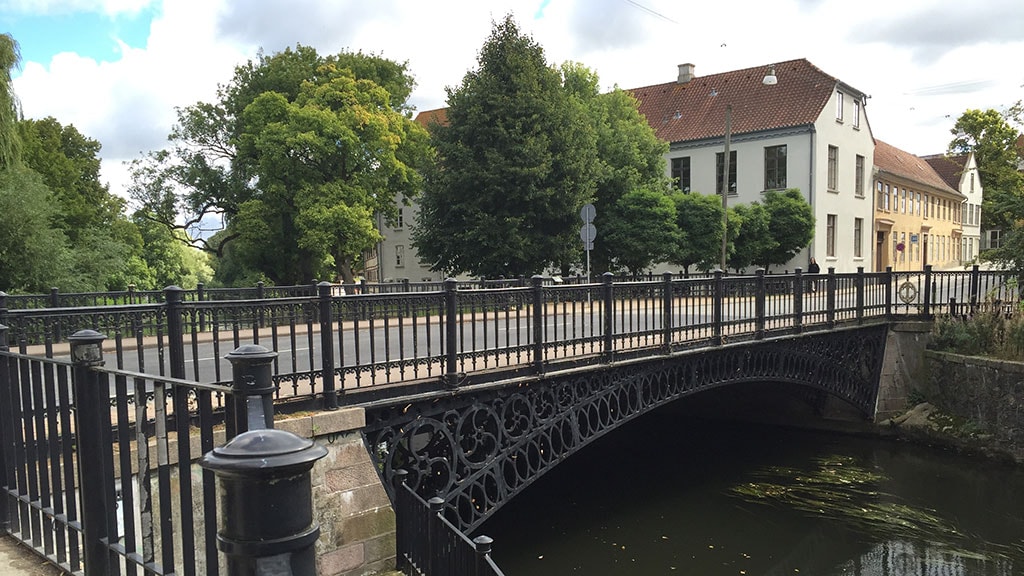 Frederiksbroen was named after the Crown Prince, later King Frederik VII, who at the time was Governor of Funen and lived at Odense Castle. The bridge was officially opened on the Crown Prince's birthday on 6th October 1844 in a ceremony in the presence of the prince himself and his father, King Christian VIII. On the same occasion, the street changed its name from "Outside Mill Bridge" to Frederiksgade.