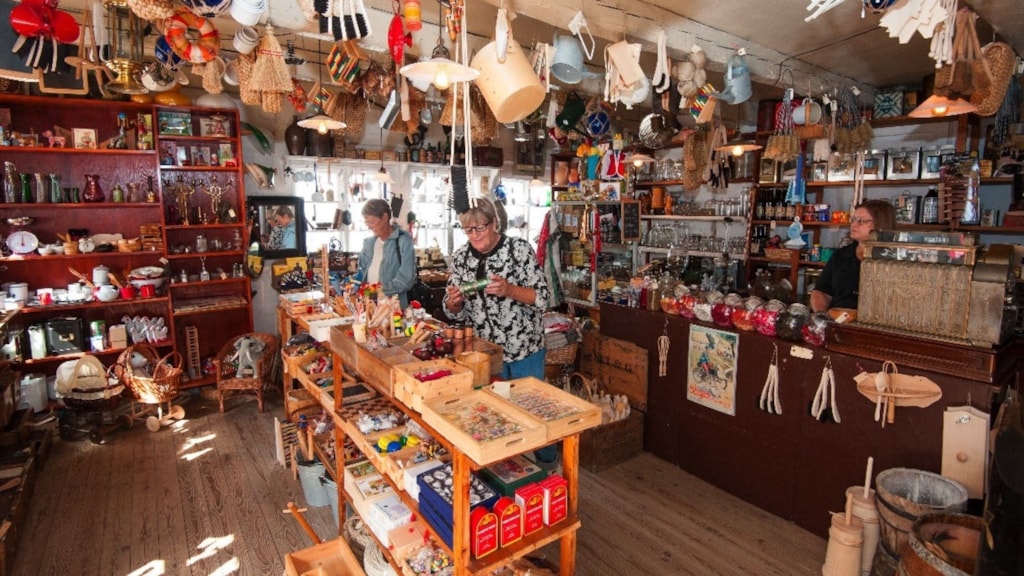 Filled with all sorts of goods from floor to ceiling, the shop in Trollegade propells the visitor back into the beginning of the 20th century. The Høkeren is not one of todays stylish ships, but rather a typical, old-fashioned country store with a wide range of merchandise and a magnitude of impressions for the sight and smell senses. The articles on sale are new but produced in the traditional style.

The store cooperates with numerous producers around Denmark to be able to offer merchandise that is as authentic as possible.

The building housing the Høkeren is from the 18th century and has been carefully renovated by the museum and the community of Kerteminde. During the first decades of the 20th century there actually had been a country store in the building. When decorating the present shop i 1983, the museum used only original furnishings and adornments from stores in the neighbourhood.