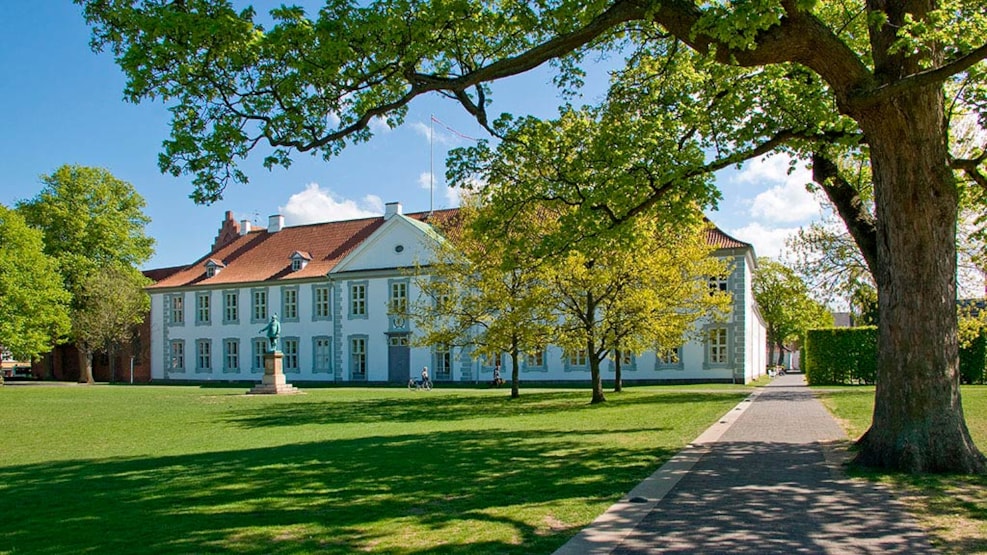 Towards the end of his reign, Frederik IV wished for the same degree of comfort in provincial castles as he enjoyed in Copenhagen. In 1720 a contract was signed for alterations to be made to "Odensegård".
The gardener of Rosenborg Palace, J.C.Krieger, was entrusted with the work. From his studies in England and the Netherlands, he had learnt about the Dutch Baroque style.
A new main wing was added to the three former wings. The upper floor housed the king's apartment to the west and the queen's to the east. Between them lay the shared dining room with adjoining audience chambers. The rooms were organised in the same way for the crown prince's family on the ground floor. The central room on this floor was intended for the lords and ladies in waiting at the court. "Odensegård" had become Odense Castle.
The new wing was built af salvaged materials from Nyborg Castle, which had been seriously damaged during the war against the Swedish.
Krieger also laid our a beautiful castle garden in the classic, French style. The entire complex was completed in 1730. Despite illness, the king expressed a wish to see it. He came, saw his work - and died one early October morning, sitting in a chair in the new sleeping chambers.

Today the Odense City Council uses in the castle and you can only see it from the outside.