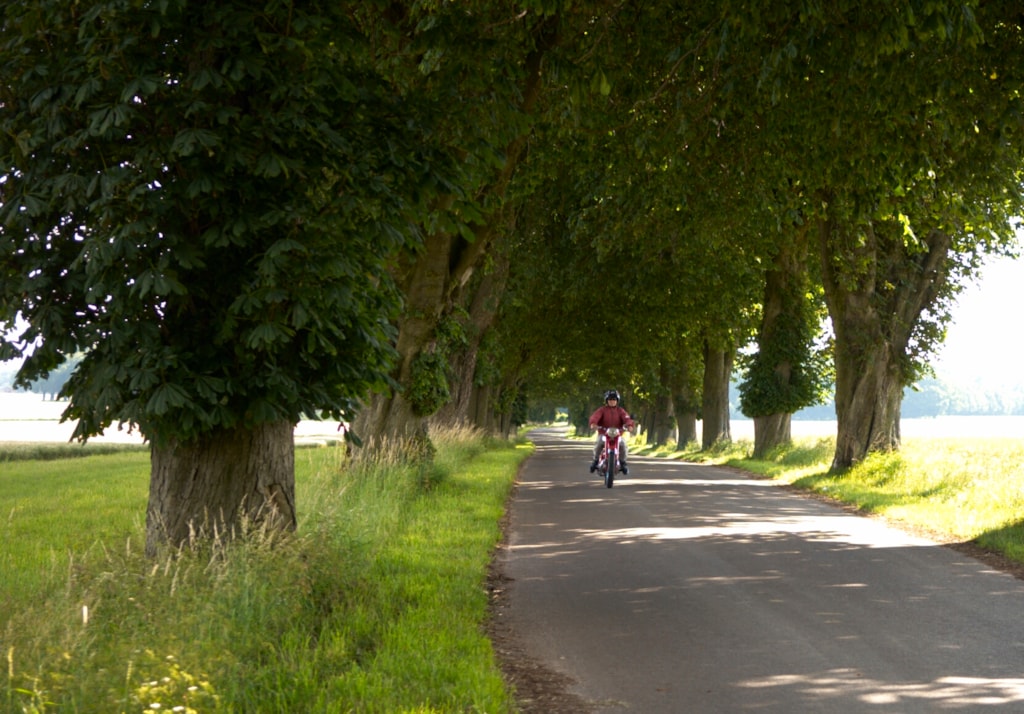 Kilometres of flowering chestnut trees or a wetland with abundant wildlife? Why choose when you can have both? Ravnholt Manor, with its deer park and chestnut avenues, is a wonderful place to unwind and enjoy the Danish countryside.

With just under 7,000 acres of land, Ravnholt Manor, which is surrounded by sprawling deciduous woodland, is the second largest estate on the island of Funen. Ravnholt’s history dates back to around 1365, when the estate was reputedly founded as an ordinary outlying farm. In 1400, Ravnholt was taken over by the Bild family and, until 1504, the farm remained a modest squire’s farmstead, the size of two standard farms. During the 16th and 17th century, the association of owners was expanded, and it became one of the largest estates on Funen. Over the past couple of hundred years, the Sehestedt-Juul family has owned Ravnholt Manor. Major extensions and rebuilding from 1845 to 1870 have made Ravnholt what it is today; a manor house with one of Denmark’s longest avenues (approx. 9 km), a beautiful, landscaped park and abundant wildlife in the surrounding fields and woodland.

Neither the manor house nor the park is open to the public, but we recommend a drive through the protected chestnut avenues stretching several kilometres, which lead to Ravnholt from various directions.

A considerable amount of nature restoration work has been carried out in the area of marshland to the south-west of Ravnholt, where a large area of wetland has been reestablished. There is roadside parking in the northern part of the wood, with access to the area.

Ravnholt Dyrehave (Ravnholt Deer Park) and wetlands are the ideal destination for a long walk. The woods are a breeding ground for many birds of prey, and, during the winter, you may spot eagles resting there.