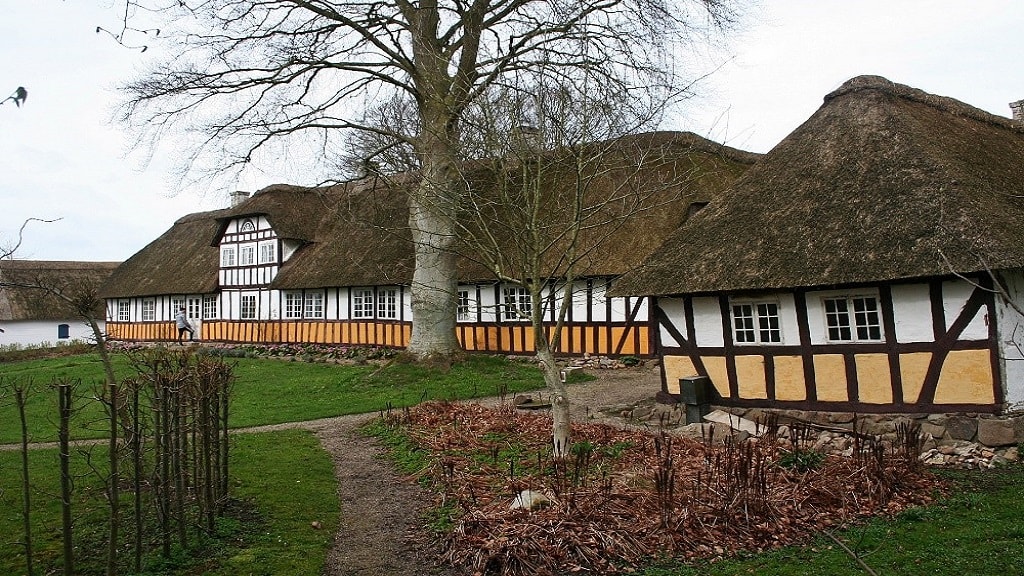 The large four-length Land Surveyor at Vestfyns Hjemstavnsgård in Gummerup in Funen differs from other open-air museums in that the farm is in its original location in the village of Gummerup. The farm therefore forms part of an old village environment with farms that were not moved out in connection with the land reforms at the end of the 1700s. It is this village and the twin village of Køng, which is the setting for the permanent exhibition. The development of the villages from the old agricultural communities with the village community over the land reforms, cooperative movement, high school movement and the modern village communities are told through text and photos from the area. With reference to H.C. Andersen's fairy tale "The water drop" from 1847 is the story of Køng and Gummerup, therefore the story of the whole "World" or the history of Denmark told in the little water drop - Køng and Gummerup. But the history of Køng and Gummerup also differs from other villages on Funen and in the rest of Denmark. The exhibition thus tells how a wave of self-purchase in the late 1700s led to an explosive growth in new settlements in the area of ​​as much as 61% in the period 1770-1805 against 21% on the rest of Funen. As part of the exhibition, the new donation is shown a beautiful old bell watch and among other things. Køng Bylaug's guild box, conductor bell and byhorn from 1849, which was given to the museum in connection with the closure of the guild in 2005. In 2016, the farm is taken over by the homestead association, which now as association with many volunteers runs the museum with lots of activities and practical tasks during the year.